In IS210 today, we viewed a short clip from this interesting lecture by Professor Joseph Chan given at Cornell University. Professor Chan of the University of Hong Kong talks about the shared moral basis of contemporary Chinese society. With Leninism/Marxism/Maoism being discredited amongst most Chinese, the search begins for a new moral basis/foundation for society.

As Professor Dick Miller says in his introductory remarks:

In China, as in the United States, people feel a great need for an adequate, shared, ethical basis for public life. There, as here, people don’t think that freedom to get as rich as you can is an adequate basis.

So, what is that basis, if the official ruling ideology of the political regime no longer seems legitimate. Liberal democracy? Confucianism. There are adherents in China of both of these as the proper ethical foundation. What does Professor Chan have to say about the compatibility of Confucian ideals with democracy? Watch and find out. It’s a very informative lecture.

For IS240 next week, (Intro to Research Methods in International Studies) we will be discussing qualitative research methods. We’ll address components of qualitative research and review issues related to reliability and validity and use these as the basis for an in-class activity.

The activity will require students to have viewed the following short video clips, all of which introduce the viewer to contemporary Myanmar. Some of you may know already that Myanmar (Burma) has been transitioning from rule by military dictatorship to democracy. Here are three aspects of Myanmar society and politics. Please watch as we won’t have time in class to watch all three clips. The clips themselves are not long (just over 3,5,and 8 minutes long, respectively).

The first clip shows the impact of heroin on the Kachin people of northern Myanmar:

The next clip is a short interview with a Buddhist monk on social relations in contemporary Myanmar:

The final video clip is of the potential impact (good and bad) of increased international tourism to Myanmar’s most sacred sites, one of which is Bagan.

In IS210, we will be reading about domestic political economy next week. Understanding the role of state and market, politics and economics, we can learn about what causes some countries’s economies to grow quite rapidly and other countries’ economies to grow more slowly. We’ll look at the role of domestic institutions and policy choices as key root causes in economic development. [How does this contrast with Inglehart’s arguments, or Weber’s idea of the ‘Protestant work ethic?’] Increasingly, though, our ever more globalized and interdependent world economy provides domestic economies with opportunities and threats that didn’t exist to nearly this extent even 50 years ago. We’ll look at economist N. Gregory Mankiw’s New York Times editorial piece on the “trilemma of international finance.”

Have a look at this Frontline excerpt on the Asian financial crisis of 1997 and the role that fixed exchange rates played:

Is globalization good for those in developing countries? What is the link between globalization and poverty? What about globalization and democracy? Today in IS210 we watched a documentary in which the narrator argued that more globalization is good for the poor in developing countries. He argued that countries that have (and are) globalizing, such as Taiwan and Vietnam,  have become richer, more democratic, and poverty levels have plummeted. On the other hand, countries that haven’t democratized, regardless of whether this is the result of domestic or external policy, have done poorly. They’re less democratic and poorer than they otherwise could be.

Here’s a link to the documentary, and some questions that you may want to think about:

In IS 302 today, we viewed the first 2/3 of the PBS documentary, Worse than War, based on the work of genocide (note: not genocidal) scholar Daniel Goldhagen , who is probably known best for his book Hitler’s Willing Executioners. Many of the issues raised by Goldhagen in the documentary were relevant to the readings of this week by Kaldor, et al.

Over the past few weeks, we have addressed the debate regarding the relative explanatory power of cultural versus institutional and rational choice approaches to the analysis of political phenomena.  In the book excerpt, “A Brief History of Human Liberty,” Newsweek editor Fareed Zakaria analyzes the cultural argument regarding economic growth and democracy. He quotes the former Singaporean Prime Minister Lee Kuan Yew:

“…if you want to see how culture works, compare the performance of German workers and Zambian workers anywhere in the world.  You will quickly come to the conclusion that there is something very different in the two cultures that explains the results.”

Zakaria has some sympathy for this argument, but then argues that it is strange that Lee Kuan Yew is such a strong proponent of cultural arguments* given that while Singapore is culturally very similar to its neighbor, Malaysia, Singapore has been much more effective in its economic policies than has its neighbor.  In fact, I would add that a strong argument against cultural explanations of democracy and economic development are the differences between East Germany and West Germany (in the post-WWII-era until unification) and the present difference between North and South Korea.

The 38th parallel may be just a line on a map, and the division of the nation of Korea into two separate states may be a historically contingent act, but it demonstrates the tremendously powerful impact of institutions on a society.  South Korea was able to develop good political and economic institutions, while North Korea has not.  The cultural foundation of each state was similar (although I’m not an expert on Korea, so maybe there was a cultural difference between the “north” and the “south” that can account for the vast differences in the two states today–although I’m highly skeptical) before the division and we know, in a methodological sense, that a constant can not explain an outcome that varies.

Getting back to Zakaria and Lee Yuan Kew, Zakaria writes that

“the key to Singapore’s success…is Lee Kuan Yew, not Confucius.  The point is not that culture is unimportant; on the contrary it matters greatly…But culture can change…A hundred years ago, when East Asia seemed immutably poor, many scholars–most famously Max Weber [we’ve read his Protestant Ethic argument]–argued that Confucian-based cultures discouraged all the attributes necessary for success in capitalism…A decade ago, when East Asia was booming, scholars had turned this explanation on its head, arguing that Confucianism actually emphasized the traits essential for economic dynamism. Today the wheel has turned again and many see in ‘Asian values’ all the ingredients of crony capitalism.”‘

What are these Confucian and ‘Asian values’ about which there has been so much discussion.  Well, needless to say Asia is a vast land mass, with exceedingly high levels of diversity–culturally, linguistically, religiously, racially, etc.  So the concept of ‘Asian values’ may be so amorphous as to http://onpoint.wbur.org/2006/08/15/china-and-confucian-democracy http://onpoint.wbur.org/2006/08/http://onpoint.wbur.org/2006/08/15/china-and-confucian-democracy/china-and-confucian-democracy.  Confucianism, however, is a distinct and compact body of ideas that has a comprehensive philosophical foundation.  What are Confucian values, then and do they help or hinder China’s precarious journey towards democracy and economic development?  Well, here’s an answer from political philosopher Daniel Bell, who insists that ultimately, Confucianism is about three core values.  What are these?  Listen to the first ten minutes of the audio podcast from this episode of “On Point.”  Here’s a link to the URL on which you can find an archived version of the show. 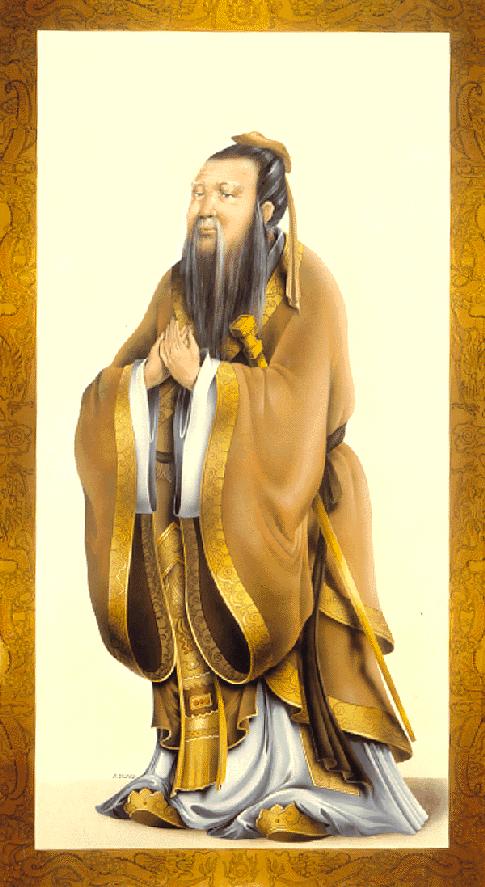 **Here, it should be noted that a reason Lee Kuan Yew is strongly predisposed to arguing on the basis of culture is his contempt for the licentiousness of Western values and his desire to prevent demands for those kinds of freedoms (as long as political liberty) to take root in the strongly authoritarian state of Singapore.  Just read his statements during the infamous Michael Fay incident.

It wasn’t long before Singapore patriarch Lee Kuan Yew weighed in. He reckoned the whole affair revealed America’s moral decay. “The U.S. government, the U.S. Senate and the U.S. media took the opportunity to ridicule us, saying the sentence was too severe,” he said in a television interview. “[The U.S.] does not restrain or punish individuals, forgiving them for whatever they have done. That’s why the whole country is in chaos: drugs, violence, unemployment and homelessness. The American society is the richest and most prosperous in the world but it is hardly safe and peaceful.”

Here’s another story on the incident.

Elizabeth has written the above-titled article, which has been published in the most recent issue of Perspectives on Politics. I will be adding this to the readings under the topic of democracy. I’ll adjust the syllabus on Blackboard accordingly and provide an electronic link to the full-text article on the electronic version of the syllabus. You can also link to the article here. [Updated: The link doesn’t work; go to Blackboard for the link.]

We will address the implications of “Asian values” for democracy and seek to understand the moral underpinnings of Chinses society (remember that we are not equating “Asian” with Chinese; Asia is a vast and heterogeneous continent), and whether western conceptions of democracy and human rights are necessary. How is political authority legitimized in Chinese society, according to Mencius, Confucius, and Mao? Here is the abstract to Perry’s article:

The recent explosion of popular protest in China, often framed as a demand for the fulfillment of “rights,” has captured widespread attention. Some observers interpret the protests as signs of a “moral vacuum.” Others see the unrest as signaling a powerful new “rights consciousness.” In either case, the protests are often regarded as a major challenge to the stability of the political system. In this article, an examination of Chinese conceptions of “rights,” as reflected in the ethical discourses of philosophers, political leaders, and protesters (and as contrasted with American understandings of rights), provides the basis for questioning prevailing assumptions about the fragility of the Chinese political order. For over two millennia, Chinese political thought, policy, and protest have assigned central priority to the attainment of socioeconomic security. As a result, the meaning of “rights” inChinese political discourse differs significantly from the Anglo-American tradition. Viewed in historical context, China’s contemporary “rights” protests seem less politically threatening. The Chinese polity appears neither as vacuous nor as vulnerable as it is sometimes assumed to be.

Just a note to remind me that the Winter 2008 issue of Orbis has a symposium on entitled “Assessing Democratic Transitions Today.” Here is the partial table of contents: