Before we can say anything definitive about the concepts and ideas that we’re studying, it is imperative that we have some understanding about whether the data that we observe and collect are actually “tapping into” the concept of interest.

For example, if my desire were to collect data that are meant to represent how democratic a country is, it would probably not be beneficial to that enterprise to collect measures of annual rainfall. [Though, in some predominantly agricultural countries, that might be an instrument for economic growth.] Presumably, I would want to collect data like whether elections were regularly held, free, and fair, whether the judiciary was independent of elected leaders, etc. That seems quite obvious to most.

The Economist’s Intelligence Unit puts out an annual  “Global Livability Report” , which claims to comparatively assess “livability” in about 140 cities worldwide. The EIU uses many different indicators (across five broad categories) to arrive at a single index value that allegedly reflects the level of livability of each city in the survey.  Have a look at the indicators below. Do you notice that the cost-of-living is not include? Why might that be? 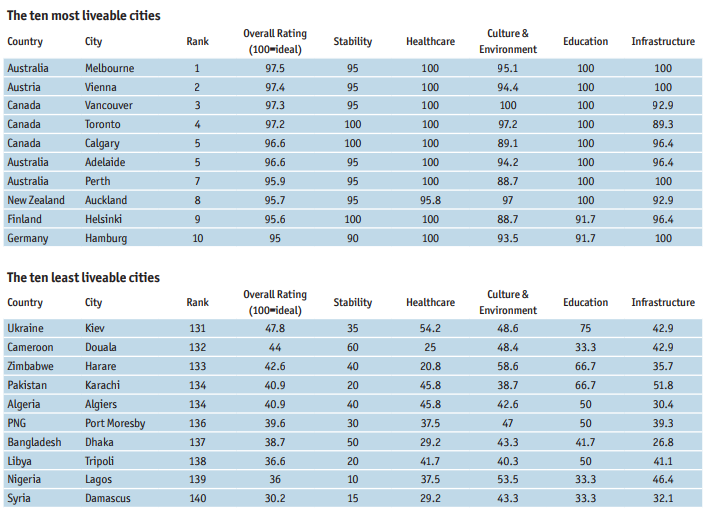