A while back I had the opportunity to allow a job candidate to come in and use my intro to IR class to give a her candidate classroom lecture. Following the 40-minute lecture–after the candidate and the rest of the faculty had left the room–I asked my students to anonymously write down their impressions of the teaching style of the job candidate. One of the responses was particularly illuminated and the latest news about the Catholic Church’s efforts to reform the concept of sin reminded me of that student’s response. The student’s response was (and I’m paraphrasing here):

“I didn’t like that she went around the room and made everyone answer her introductory question. I pay $40,000 in tuition annually and I have the right to sit in the classroom and be bored and do nothing if that’s what I want to do.”

I felt sorry for this student, because s/he has forgotten a couple of important rules about life, let alone post-secondary education: first, you only get out of something what you put in. Second, and more important, the whole classroom experience is a social experience, and the outcome of the educational process is not only a function of what the student him/herself is doing, and what the instructor is doing, but what others in the classroom are doing as well.

Apropos of the preceding, here is news from the London Times online, which demonstrates the Catholic Church’s approach to the concept of sin: 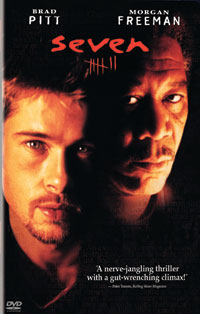 …[Bishop Gianfranco Girotti] said that priests must take account of “new sins which have appeared on the horizon of humanity as a corollary of the unstoppable process of globalisation”. Whereas sin in the past was thought of as being an invididual matter, it now had “social resonance”.

“You offend God not only by stealing, blaspheming or coveting your neighbour’s wife, but also by ruining the environment, carrying out morally debatable scientific experiments, or allowing genetic manipulations which alter DNA or compromise embryos,” he said.

Bishop Girotti said that mortal sins also included taking or dealing in drugs, and social injustice which caused poverty or “the excessive accumulation of wealth by a few”.

He said that two mortal sins which continued to preoccupy the Vatican were abortion, which offended “the dignity and rights of women”, and paedophilia, which had even infected the clergy itself and so had exposed the “human and institutional fragility of the Church”.

Maybe it’s time for Brad Pitt and Morgan Freeman to do a sequel to Seven. 🙂