A new article in the New York Times analyzes Mike McConell’s Tuesday testimony to the Senate Intelligence Committee.  How successful has the war on terror been in destroying th threat capability of that terrorist network?  According to McConell’s testimony, not too successful, unfortunately:

Al Qaeda is gaining in strength from its refuge in Pakistan and is steadily improving its ability to recruit, train and position operatives capable of carrying out attacks inside the United States, the director of national intelligence told a Senate panel on Tuesday.

The director, Mike McConnell, told lawmakers that Osama bin Laden and his deputy, Ayman al-Zawahri, remained in control of the terrorist group and had promoted a new generation of lieutenants. He said Al Qaeda was also improving what he called “the last key aspect of its ability to attack the U.S.” — producing militants, including new Western recruits, capable of blending into American society and attacking domestic targets.

A senior intelligence official said Tuesday evening that the testimony was based in part on new evidence that Qaeda operatives in Pakistan were training Westerners, most likely including American citizens, to carry out attacks. The official said there was no indication as yet that Al Qaeda had succeeded in getting operatives into the United States.

One point merits comment: The ability of a non-territorially-based network to threaten powerful states like the US is severely diminished without protection from states, like Pakistan.  Why Pakistan is an ideal refuge for Al Qaeda is a complicated story, but it goes back to the initial founding of the state in the 1940s, and the fact that the Pakistani state has never truly controlled–ie., asserted the monopoly of political violence in the parts of Pakistan in which members of Al Qaeda are currently taking refuge.  A more forceful response from the Pakistani government could have truly powerful destabilizing effects on Pakistan, and on the region as a whole.

See this slide show at the following link, for a fascinating look at Peshawar, a Pakistani city right at the heart of the battle: 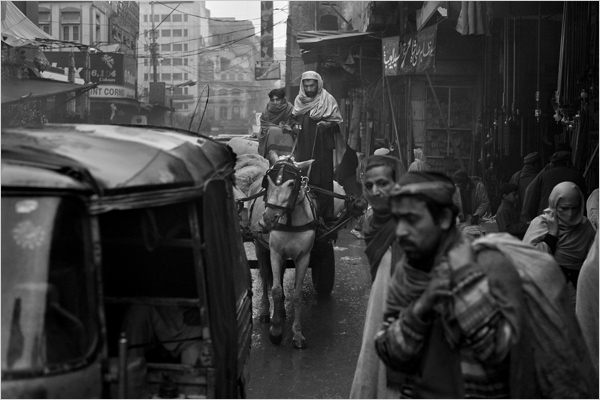